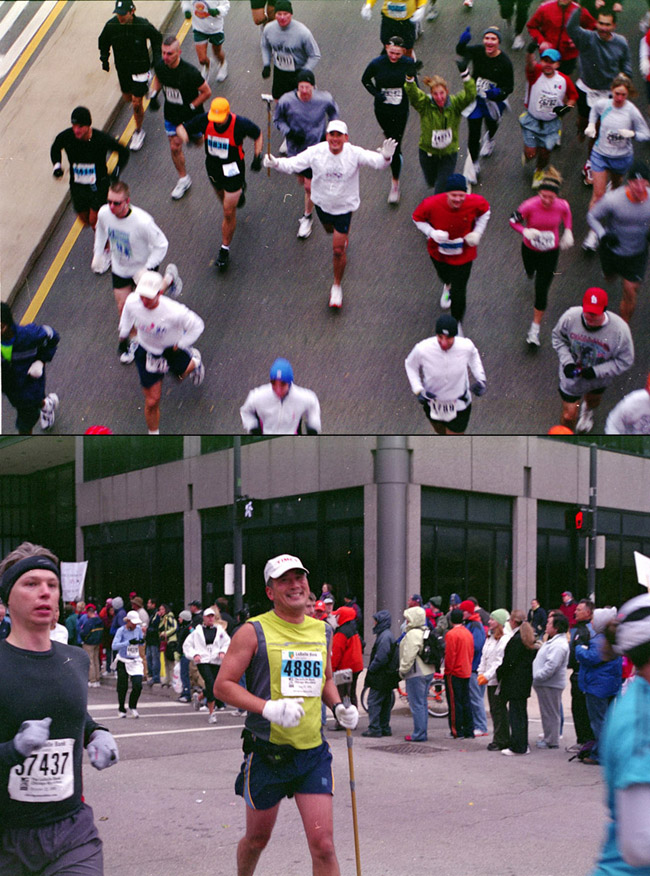 Here are 2 photos of Mike from MikesRightBrain while he ran the Chicago Marathon last weekend. The first shot is from the Randolph Street bridge over Columbus Drive right after the start of the race. The second is just after the halfway point on Adams Street. I chose not to take a photo when I saw him in Chinatown around mile 21 because he didn't look like he felt too good. The stick he's holding has a camera attached to it so he could take photos during the race. Check his site for his photos from the runner's perspective.